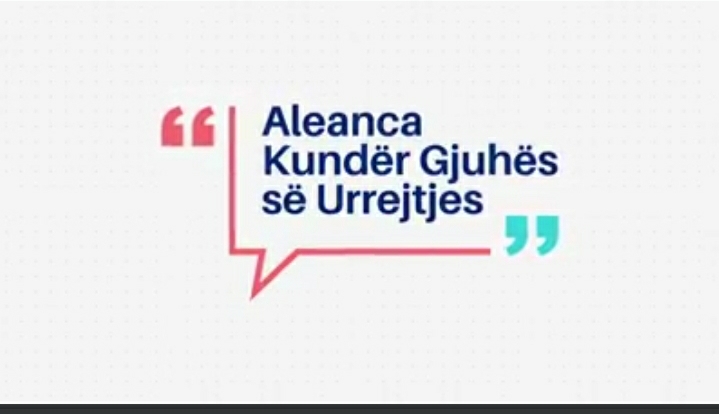 The “Alliance Against Hate Speech” has been following with deep concern the ongoing debate that took place several days ago on Television and Social Media regarding particular requests to extend a few rights for the LGBTI community which are in line with human rights, expressed by their representatives.
The “Alliance Against Hate Speech” expresses its determination against threats, hate speech and any kind of violence or encouragement for the use of violence, used by different individuals, public or not, in TV shows, print media, or online social networks, comments on articles and published videos, against LGBTI community leadership activists or any other communities, members of our society.
The “Alliance Against Hate Speech” condemns acts of violence against LGBTI community members, such as the recently occurred case of the transgender activist, and emphasizes that stimulus and encouragement for this brutal expression of rejection of the diversity are precisely born due to prior tolerance of hate speech. In this case, a rapid and clear action is requested from the competent authorities, the Police and the Prosecution, to identify and neutralize the authors and to recognize and treat the investigation as an abuse towards a person because of her sexual orientation.
The “Alliance Against Hate Speech” draws the attention and probes the Albanian public to be more tolerant, friendly and accepting of diversity in society, to strengthen the support for marginalized groups, and to show that despite the differences, we are all equal. Hate speech can swiftly lead to hate crimes.
The “Alliance Against Hate Speech” expresses its support and commitment towards respecting the human rights of the LGBTI persons in Albania, their right to live free from discrimination and fear.
A society is happier and more emancipated if it manages to accept and embrace all people regardless of race, sexual orientation, gender identity, their beliefs and all the affiliations they belong to or that are perceived to belong to.

*The “No Hate Alliance” and its founding institutions: People’s Advocate; the Commissioner for Protection from Discrimination; the Audio-visual Media Authority and the Albanian Media Council